Skip to content
Have you ever been tempted to diagnose your body for illness? Do you look for lumps and bumps, extra weight or lack thereof, signs of weakness, causes for alarm or any other symptom of disease advertised on TV, promoted in the press or heard from your neighbor?
Mary Baker Eddy had some wise words for the unwary thought that looks for what it dreads. She wrote,

“The ordinary practitioner, examining bodily symptoms, telling the patient that he is sick, and treating the case according to his physical diagnosis, would naturally induce the very disease he is trying to cure, even if it were not already determined by mortal mind. Such unconscious mistakes would not occur, if this old class of philanthropists looked as deeply for cause and effect into mind as into matter” (S&H 161:24). 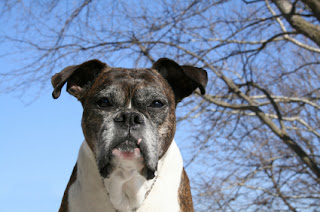 PinThe fact is, disease never appears on the body unless it first appears in thought, either unconsciously or consciously. So, if one wants to prevent disease in the body, the first place to hold guard is in consciousness. Keep the disease out of consciousness, and it cannot appear on the body.
She also wrote, from experience,

“A physical diagnosis of disease — since mortal mind must be the cause of disease — tends to induce disease” (S&H 370:20).

If you want to prevent a disease from happening, don’t look for it, which simply opens the door for it to enter your thought and then your body. Look for the opposite. Strive to understand yourself more correctly in divine Science, as the healthy, well, and safe child of God.

As Eddy pointed out,

“Physicians examine the pulse, tongue, lungs, to discover the condition of matter, when in fact all is Mind. The body is the substratum of mortal mind, and this so-called mind must finally yield to the mandate of immortal Mind” (S&H 370:32).

You are not a creation of matter or of mortal mind. You are a spiritual being gifted with spiritual and permanent health from God.
A friend attended a party one Saturday evening, and among the many conversations she had with strangers, one man described in detail his bout with skin cancer on his face. My friend did not defend her thinking from his graphic pictures. The next morning, she looked in the mirror and saw the dreaded disease on her face. She called me in a panic, realizing what she had done. She had mentally soaked in the discussion and now was manifesting it. We prayed together to know she couldn’t pick up disease from another person, that she was spiritual, made in God’s unchangeably perfect image, and that nothing had changed about her health between the party and the next morning. The spot quickly vanished and she was well.
The point being, watch your thought, not your body! Watching the body is like watching the computer screen for typing errors instead of concentrating on typing the right keys in the first place. Type the right keys and the correct letters appear on the screen. Think the right thoughts, and the effect will be good on the body.
God’s offspring is not a material body. It is a spiritual idea. This idea of God constitutes your true identity, your only identity. If you want to know how healthy you are, don’t examine matter, which is a temporal and fallible mortal mind concept. Examine God’s idea. Examine yourself spiritually. You’ll draw the right conclusions and find reasons only to rejoice and be happy.
TwitterFacebookEmailPinterestPrint

13 thoughts on “Examine yourself spiritually”