I’ve noticed a large number of people combating severe states of depression in the last couple of weeks. In most cases, the victims believe their lack of inspiration to be a personal issue attributable to their own state of thought. I’d like to contend that the issue may not be personal at all.

Christian Science teaches that we must defend our thinking from outside mental influence in order to maintain sanity, health and well being. We cannot ignore the effect that other people’s negative views can have on our view if we do not properly defend our mental home from would-be evil intruders.

In fact, Mary Baker Eddy, the founder of the Church of Christ, Scientist, was so convinced of the need for mental protective work that she instructed every member of her church to daily defend their thinking from what she called, “aggressive mental suggestion.”

Aggressive mental suggestion is any impression upon thought that is trying to convince us that evil is real in some way, shape or form.

The global mental climate is overflowing with aggressive mental suggestion today in regard to the economy. The media hourly pours fears, worries, doubts and concerns over the airwaves into millions of people’s homes. On some days, it is nonstop panic and terror broadcast through paper, radio, TV, and Internet sources.

Some people turn off the TV and refuse to listen. That can be helpful. But it is not enough. We have to mentally treat the barrage of evil implication with prayer to be thoroughly protected. Just because we do not hear it with the ear, doesn’t mean we aren’t still feeling impressions in thought.

Have you ever been in a good mood, and walked into a room with one or more people who were in a really sour mood? What did you feel when you walked into the room? Did you notice that the atmosphere in the room felt “heavy?” If so, it’s because you felt the impression of their beliefs.

Well, in the larger picture of global activity, humans live in a global realm of thought. It’s like we’re all in one room, so-to-speak. If a large part of society is caught up into doom and gloom, other parts of society are likely to feel the downside of that thinking, unless a mental defense is taken up.

And this is the case with the financial meltdown encircling the globe. It has amounted to a mental meltdown, with rampant talk of recession, and some talk about possible depression. This is all very aggressive mental suggestion at work. And we must defend ourselves from it in order to not be pulled down the same depressing path.

Mary Baker Eddy, the discoverer of Christian Science, was keenly aware of the downside of aggressive mental influence. She wrote in Science and Health

“The mild forms of animal magnetism are disappearing, and its aggressive features are coming to the front. The looms of crime, hidden in the dark recesses of mortal thought, are every hour weaving webs more complicated and subtle. So secret are the present methods of animal magnetism that they ensnare the age into indolence, and produce the very apathy on the subject which the criminal desires.” 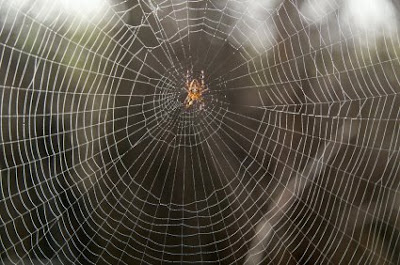 Animal magnetism is a phrase she uses to define evil effect. One of the “looms of crime” presently being weaved is the argument that we all have to suffer lack and loss because of the meltdown. This is not true. Our supply comes from God. We can flourish independent of what happens on Wall Street. But if we agree that lack and loss are inevitable, even if we are not personally experiencing financial lack, we’ve just consented to some form of lack and loss in our individual experience. It may appear in the form of feeling mental lack, or emotional lack, or who knows… The lesson being, “Don’t Consent!”

A friend at church last Wednesday told me of a friend of hers who woke up in the middle of the night feeling overwhelmed by a death sensation, as if his life was about to end. He was a practicing Christian Scientist, and to his credit, he immediately identified the aggressive suggestion, not as his own, but as an evil belief someone else was fighting. He did not know who. But he prayed for the salvation of whoever it was. The sensation lifted.

With the growing furor about the economy, we can apply the same lesson. If we feel even a hint of depression over the economy, or anything else, we can treat it as a belief humanity in general is fighting at the moment. We must not take it personally or own it. It’s not our thought or creation. It’s aggressive suggestion at large.

God is the supply of all resources, assets, wherewithal, and substance. Our connection to God is just as solid today as 10 years ago, or at any other time. Our supply does not come from Wall Street or Washington DC. It comes direct from God, and is constantly arriving. We have free and abundant access to infinite divine resources, as always, and this is a truth, which when understood and accepted, brings great joy, buoyancy and gratitude.

There is no need for depression! Don’t consent to it, and live free.

5 thoughts on “Defend yourself from depression”