Skip to content
One of the more thought-provoking teachings of Christian Science is that evil is neither person, place, nor thing.
It sure doesn’t look like it, at least to the mortal mind. Evil and its forms appear all over the place. Conflict, contagion, economic struggle, fear, disease, terrorists, and murderers all build a case for the seeming reality of evil.
But Jesus Christ proved otherwise. He demonstrated that one can overcome evil with good. And he overcame evil again and again throughout his healing ministry. He expected his followers to do the same.
If evil was real, it could not be overcome. But it can be. It can be conquered with truth and love.
So, we have an incentive to fight the battle of good versus evil and win the war to experience the freedom that comes from living a life under God’s influence, and not under the tyranny of evil belief.
One of the rules I find helpful in my demonstration of good over evil comes from Mary Baker Eddy, who wrote,
“Evil is neither quality nor quantity: it is not intelligence, a person or a principle, a man or a woman, a place or a thing, and God never made it” (Message for 1901, p. 12).
Hmmm…there’s much to ponder here…
Evil is not a quality: Evil is not bad or good (sounds contradictory, doesn’t it). But in Truth, it is a nonentity. It cannot hurt, harm or bless any of God’s spiritual creation. Take the “badness” out of evil, and see that it is the equivalent of a zero. Zero plus man still equals man. No change. 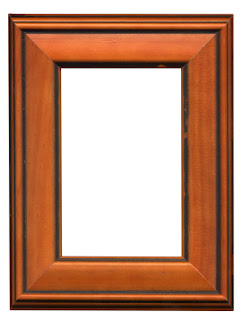 Evil is not a quantity: There is not a lot of evil or a small amount of evil. There is no amount of evil.
Evil is not intelligence: Evil cannot think, plot, or plan. It doesn’t know how to.
Evil is not a person: People are not evil. Evil thoughts, beliefs and impulses that cause humans to act evilly, are the evil. Destroy the influence of evil belief on that person’s thought, and they will be saved.
Evil is not a man or a woman: Your co-worker is not evil. Your ex- is not evil. You are not evil. God made man and woman in the divine likeness, and that is wholly good. Separate everyone you know from evil and see them in their true light.
Evil is not a place or a thing: With the recent flu contagion that swept the country, I was able to stop initial symptoms from advancing in me, and quickly dispense with them, by understanding better that a virus or bacteria was no threat to me. God created everything, and it is good. Sure, maybe I was exposed to germs, but that doesn’t mean they were a threat or had to make me ill. Evil is not a thing. Every “thing” in God’s universe is a blessing, and never hurts or harms. God never created dangerous bacteria. And I was free.
Eddy also wrote,

“Where the spirit of God is, and there is no place where God is not, evil becomes nothing, — the opposite of the something of Spirit” (Science and Health, p. 480).

Don’t empower evil with a person, place or thing. Disempower it! Know God’s reign and the truth about spiritual creation, and be free!
0shares