Reports of identity theft are too frequent today.  International banks and major retailers losing social security numbers to hackers, individuals having their computers hacked into, vital information lifted from papers getting into the wrong hands, and more – have led to a multitude of bad experiences for victims of these crimes.

The issue is so widespread that it is a call upon all Truth-warriors to gird arms and pray in earnest for humanity’s exemption from identity fraud and abuse.

One victim of malicious identity fraud said to me, “I can’t believe someone would do this to me!” She was a good person, working hard to live an honest life of integrity and responsibility, and to have someone abuse her in such an evil way made her incredulous.

But we must not be caught by surprise. Evil would work in tricky ways to catch the unwary off guard. Let us not be unwary!

In my prayers for mankind’s protection, I’ve valued Mary Baker Eddy’s statement, “God is the Life, or intelligence, which forms and preserves the individuality and identity of animals as well as of men.”

This statement tells me that there are laws of God in operation that protect our identity from theft.

Identity is not a government ID number. It is not on paper, exposed on the Internet, or up for grabs by whomever finds it. It is spiritual. It’s how God knows us in divine Mind, and it can never be robbed, stolen, abused, or taken away.

I also find peace in knowing that God’s laws of justice and equity foul up evildoers’ plans. Hackers do not have free license to do as they will. They might think they do, but there is a higher power of divine Principle at work on this planet that thwarts their efforts, exposes their intent, obstructs their efforts, defeats their purpose, and stops them cold.

I still have more to pray about this, but I am “on it!”

What about you? What have your prayers been? 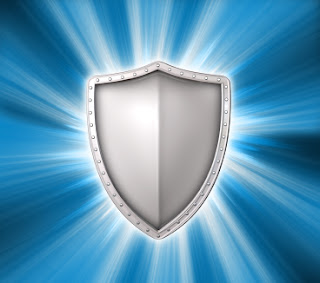 7 thoughts on “Protect your identity”