A friend shared a graphic analogy with me yesterday that has given me much to think about.

He had been feeling great frustration and grief over seeing many problems in his life that needed to be healed. The number of ills, complaints and evidence of lack appeared overwhelming, and he didn’t know where to start in his prayers.

While seeking comfort, a picture of a funnel filled with sand appeared in his 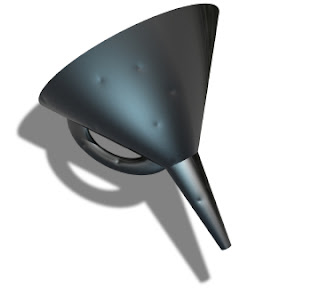 Pinmind, and the sand was trying to pour out the bottom of the funnel. But there was a little pebble stuck in the spout of the funnel preventing the grain above from flowing down through the opening.

He interpreted all the grains of sand to be the many different problems he faced. He realized that if he removed the one pebble blocking the way out, all the rest of the sand would flow effortlessly through the hole leaving a nice clean space behind.

The heaviness he’d been feeling about “healing all those problems,” lifted, and his prayers became filled with hope and promise once again.

His story reminded me of Mary Baker Eddy’s words

“Through different states of mind, the body becomes suddenly weak or abnormally strong, showing mortal mind to be the producer of strength or weakness….Remove the leading error or governing fear of this lower so-called mind, and you remove the cause of all disease as well as the morbid or excited action of any organ.” Science and Health

Sometimes, problems and complaints we face are numerous, like many branches on a prolific tree. But rather than sometimes tediously loping off every branch, we get faster results by aiming the axe of Truth directly at the trunk, and toppling the whole beast at once.

What is the “trunk” of error? The belief that life, intelligence and substance reside in matter…

2 thoughts on “Remove the leading error”